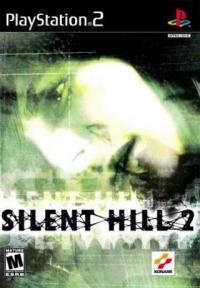 Gamers looking for intellectual horror will find it in Silent Hill 2. As the story opensames Sunderland receives a letter from his wife telling him to meet her in the town of Silent Hill. The only problem is that she's been dead for three years. In hopes of reuniting with her Sunderland explores the haunted town where he has many terrifying and unexpected encounters. While the brilliantly designed monsters are indeed scary it's the complex twists and turns of the plot that really produce the game's terror. The gameplay is largely puzzle based. Much of it involves gathering clues and items to solve each puzzle. A few fights are thrown in but these are quite easy and are mostly used to show off the developers' bizarre creations. The level of both puzzles and fighting can be adjusted to match each player's skill level. Although its mechanics are rudimentary the game's presentation is anything but. A heavy use of fog is the game's hallmark effect greatly adding to the mood. Sound--both effects and music--alternates between eerie silence and sudden shocking crescendos. Although the graphics and sound are both topnotch the real star of this game is the story. It's very rich and intricate--a sharp contrast to the banal scenarios that frame most games. Although the game is short (around 10 hours) players will want to give it another go to discover its multiple endings and secret items. Despite basic gameplay Silent Hill 2 is an excellent choice for gamers looking for cerebral thrills. Parents should note that in addition to violence and gore this game deals with such topics as suicide homicide and euthanasia.